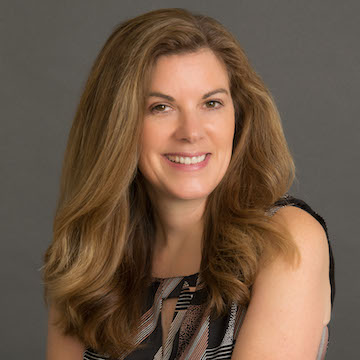 Nell Rose Foreman
Managing Director
Nell Rose Foreman BCC, CHT – Nell Rose was instrumental in the initiation and setup of the foundation. She has worked diligently behind the scenes organizing and helping to grow this organization and to support the mission for over a decade. Her desire is to create a better world, creating equality, and raise the voices of the indigenous to hear their wisdom and heal our home.

Nell Rose believes to achieve world peace we must be able to feel peace within ourselves. Through her mission called Peace Boss Movement, she helps her clients transform from anxiety into a calm resilience. Her unique process allows healing from micro and macro trauma, raises consciousness, and creates freedom, allowing her clients to reach their highest potential. After all, each of us is a unique piece of the puzzle and is needed to create the whole. She is a speaker and works with both corporate and personal clients. 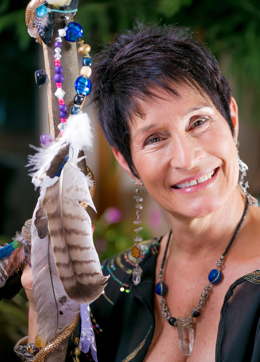 Kathy Evans-Palmisano, RN, CNM, MS
Operations Director
Kathy Evans-Palmisano has a strong background in the fields of Unity Consciousness and Human Rights. With 30+ years of clinical practice and administration in women’s health, Director of three midwifery practices and two nationally accredited freestanding birth centers, she has peacefully assisted thousands of baby’s entries into this world, empowered women, and championed non-separation for families. Kathy has served on the Illinois Committee on Nursing; as Legal Consultant for firms in three states; and Clinical Adjunct Faculty for four universities, medical schools and residency programs.

As a lifelong fitness and nutrition enthusiast, she has helped countless individuals live healthier lives, appearing as the featured trainer in several national magazines. As a performing artist, she has appeared in professional dinner theatre and on national television. Kathy is a gifted energy healer and a modern-day wise woman whose business, Ki-Ri (Energy Re-Integration) assists individuals and groups to “remember” their Divine nature through energy healing and transformational ceremony, generating a “field” of unity consciousness that transcends separation. She has been recognized as one of Peaceburgh’s (Pittsburgh’s) Transformational Spiritual Leaders and co-founded the 501c3 SITE NITE. 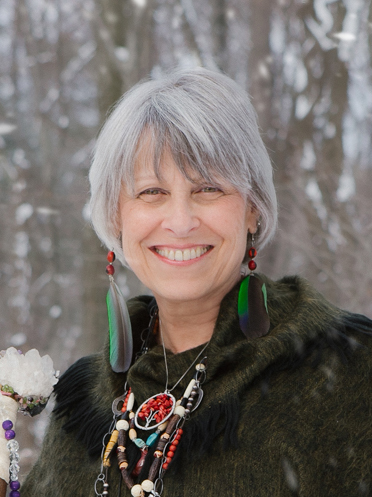 Regina Rivers
Public Relations Director
Regina Rivers comes to The McCollum Foundation from her career as an inner-peace activist. Using her gifts as a shamanic practitioner, writer, relationship coach, and energy worker, she assists others in finding and nurturing their inner peace so that they may become empowered to heal and, in turn, add their personal peace to the world at large. From 2009 to 2018, she organized events for the non-profit group she founded and chaired in Pittsburgh called SITE NITE where, twice a month, speakers shared their expertise on a wide range of consciousness-raising topics.

Regina holds a BA in Sociology with minors in Psychology, Women’s Studies, and Religious Studies.  She teaches workshops on many spiritual and shamanic topics and is available for private sessions through her business, Rivers Healing Arts, LLC, in Pittsburgh (aka Peaceburgh) PA. 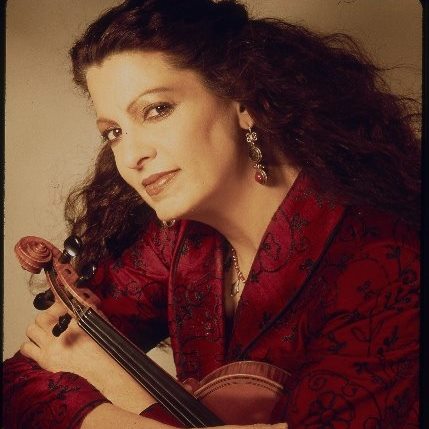 Scarlet Rivera
World Peace Violin Director
One of the world’s most prominent, active, and versatile violinists, Scarlet Rivera has become known as a legendary musician playing with most influential artists of our time including Bob Dylan and the Duke Ellington Orchestra. In addition to her music career, Scarlet has worked tirelessly as a champion of human rights, the environment, and wildlife protection throughout the years. In 2012, she was a delegate and signatory of the Proclamation of Peace With Mother Earth, endorsed by the Costa Rica government, and drafted to be a model for all the nations of the world.

Since 2014, Scarlet has represented The McCollum Foundation as the ambassador of the World Peace Violin and continued with more events such as performing for International Peace Day in Central Park, NY. Scarlet’s latest endeavor, A Call 2 Peace, is a series of concerts led by Uruguayan artist, Eduardo del Signore with music and visuals becoming an avenue to bring forth a simple yet profound message about the possibility of peace. Scarlet is currently writing a book as a companion piece to her world music Voice of the Animals CD. It will feature animals in mythology, history, spirituality, and the cultures of the world.